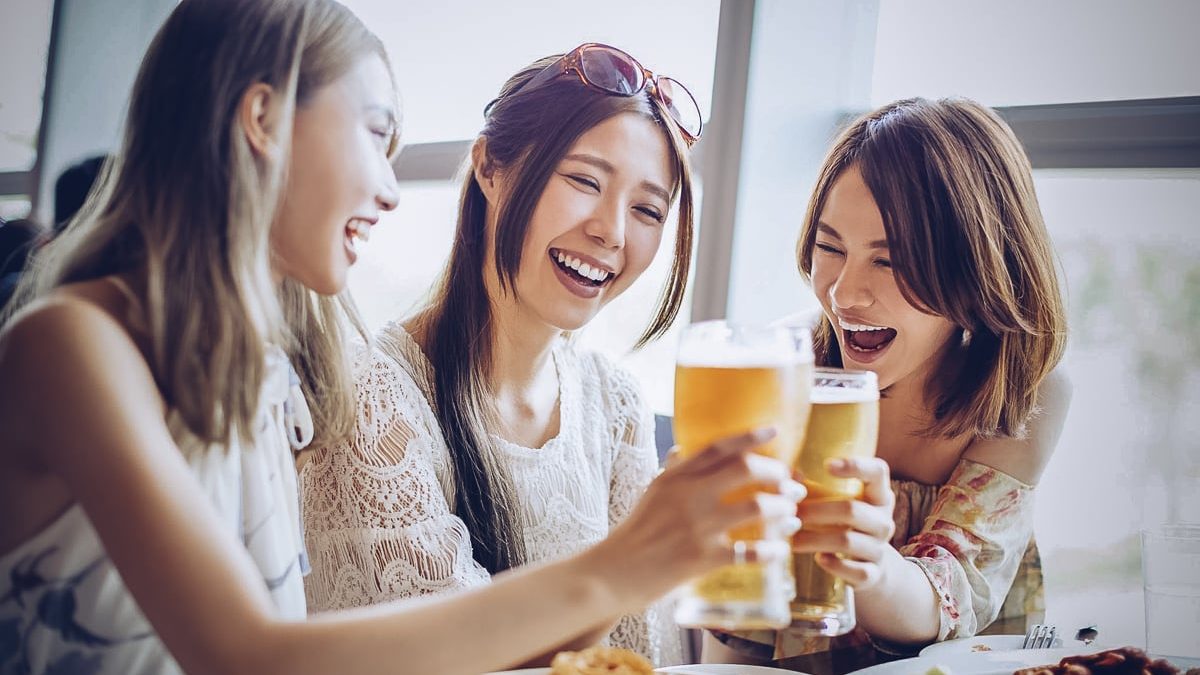 What is Alcohol Flush Reaction?

You may have heard of a symptom of drinking alcohol known as Asian Flush.  What is this so-called Asian Flush? And is it the same as Alcohol Flush Reaction?

Some people very quickly turn red on their face (or on other parts of their body) when they drink alcohol.  This reaction to alcohol is called ‘Alcohol Flush Reaction’ or ‘Asian Flush Syndrome (AFS)’ due to these symptoms being more prevalent among people of Asian heritage.

Alcohol flush reaction in Caucasians is less than eight percent, however, it has been estimated that about 36 percent of the East Asian population show characteristic physiological responses to drinking alcohol that include facial flushing, nausea, headaches and a fast heart rate.

Alcohol flush reaction (aka Asian Glow) is a condition in which a person develops flushes or blotches associated with erythema on the face, neck, shoulders, and in some cases, the entire body after consuming alcoholic beverages. The reaction is the result of an accumulation of acetaldehyde, a metabolic by product of the catabolic metabolism of alcohol and is caused by an acetaldehyde dehydrogenase (ADH) enzyme deficiency.

During alcohol metabolism, the ADH enzymes assist in breaking down the alcohol molecule, in preparation for elimination from the body. Initially, ADH breaks alcohol down into acetaldehyde, which is then further metabolised into acetate and thereby into water and carbon dioxide.

The human body has a finite supply of ADH and ALDH enzymes and their cofactors, which limit the amount of alcohol that it can metabolise efficiently. That amount is dependent upon several factors; including liver size, body mass, and other genetic factors.

Research indicates that individual variations of the ADH and ALDH enzymes exist from person to person which are largely determined by genetic factors. Some enzyme variants work more efficiently than others and some work less efficiently. As a result, some individuals can metabolise alcohol into acetaldehyde, or acetaldehyde to acetate, more quickly than others.

The excessive build-up of acetaldehyde in the body (created through the alcohol metabolism process) creates a number of unpleasant immediate side effects such as Asian Glow and next day effects known as hangover symptoms. The common symptoms include: tiredness; increased thirst; sleepiness; headache; dry mouth and nausea.

Facial flushing after drinking is a typical symptom of high alcohol sensitivity.  A 2013 study by scientists who looked at 1,763 Korean men, found the “flushers” (those who suffer from AFS) who drank more than four alcoholic beverages a week had a greater risk of developing high blood pressure compared to those who didn’t drink at all.

Having high blood pressure can increase your chances of heart disease and stroke.  Alcohol flush syndrome (a lack of / reduced activity of the ADH enzyme) has also been associated with an increased risk of esophageal cancer in those who drink.

There are a number of Alcohol flush reaction treatments that are used by sufferers of the syndrome.  The majority of these Asian flush remedies treat the symptom and not the root issue of the issue which is the deficiency of the ADH & ALDH enzyme and their activity. Obviously you can not change your enzyme levels, but you can take supplements that contain cofactors that the enzymes need to perform their tasks. Recoverthol only contains these cofactors. It is designed to be added to a drink so that it reaches the enzymes at the right time. Recoverthol also helps replenish these cofactors that are found naturally in your body.  An extra dose of these cofactors in the form of a supplement may be beneficial to replenish what you have used up.

Medicines called histamine-2 (H2) blockers can be used to lessen the amount of facial flushing. These types of drugs work by slowing the breakdown of alcohol to acetaldehyde in your body.  Another topical therapy called Brimonidine is used to temporarily reduce facial redness. The medicine works by reducing the size of very small blood vessels.

Some people also use lasers and light-based therapies to reduce redness. Treatments can help improve the look of visible blood vessels.  Though it’s important to keep in mind that these therapies to help alcohol flush don’t address the ADH deficiency. They can actually mask important symptoms that could signal a problem.

What is the best way to flush alcohol out of your system and therefore assist in Alcohol flush reaction prevention?

The most efficient way to flush alcohol out of your system is to have well-functioning ADH enzymes and its cofactors that are able to effectively handle the alcohol metabolism process and therefore prevent Asian flush.

Products that include the necessary ingredients (i.e. cofactors) that are used by the ADH enzyme will have a greater chance of preventing Asian flush.

As mentioned above, the best way to flush alcohol out of your system and therefore reduce the symptoms (such as Asian flush syndrome) of drinking alcohol, is to improve the functioning and therefore the efficiency of the ADH enzyme in completing the alcohol metabolism process.

It is important to understand that the concentration of the nutrients and vitamins in commercially available hangover products are usually sub-therapeutic. There is no scientific evidence to support the efficacy of these small concentrations and/or the combinations of ingredients used to reduce Asian Flush Reaction. In other words, research studies have been conducted on much higher doses of these ingredients than exist in current hangover products.

Furthermore, adding herbal ingredients that only mask the side effects of acetaldehyde may not be helpful, as the acetaldehyde has already done damage. Our (the Recoverthol team) research has also shown that most of these herbal ingredients contain very dangerous insecticides, this is mostly due to production methods on farms and a lack of raw ingredient related substance testing at the point of manufacturing.

Therefore in the case of alcohol metabolism less is more, as the liver is already taxed enough. These magical herbal ingredients may also give a false belief that users can drink as much as they want and not get a hangover.

The majority of commercial hangover supplements follow a liver support ideology. Our preliminary studies suggest that body systems other than the liver may have an important role to play in alcohol metabolism, especially in relation to the rapid onset of acetaldehyde build up in relation to Asian flush syndrome.

This leads to the investigation of alternative culprits such as the stomach and gut bacteria that also contain ADH, and contribute to alcohol metabolism. Although the use of liver tonic formulations may be beneficial to promote recovery from acetaldehyde build-up after alcohol consumption, Recoverthol works by preventing the acetaldehyde build-up (and potentially the symptoms of Alcohol flush reaction) before it occurs.

Recoverthol contains a unique combination of the cofactors and co-enzymes in its formulation that replenish the amount used up during the metabolism of alcohol. It only contains what ADH and ALDH enzymes need to do their job.  Other ingredients are not necessary and do not reduce acetaldehyde levels (and therefore Asian Glow) whilst drinking.

We also know that just putting the ingredient in a tablet would not give the same result. Hence, Recoverthol is formulated in a unique solution that does not effect the taste of your drink.  Having a tablet would also mean that it would need to be taken before drinking alcohol as it would require time to be dissolved by the body.

If you are interested in finding out more about Recoverthol, or in trying Recoverthol, you can visit our website.